February is now behind us and winter has made a return from the spring like weather we had about a week and a half ago. Think pink, pink, and more pink! Alexia and Ben floated Stickney to Prewett last Sunday and pink nymphs were the ticket. Keep targeting the slower deeper water and the inside.. read more →

WINTER FISHING. Really? How is that even possible? Aren’t you freezing? Isn’t the water frozen? Let me answer those questions and concerns and more. read more →

We’re almost through January and boy has this winter actually felt like winter! Even winter can’t stop us from getting out on the water and enjoying the time spent on it. There have been many days of single digits and teens, but we still manage to make it out on the water. Rods have broke,.. read more →

It’s that time of year when the days are shorter, the nights are longer, and the mercury has dropped to below freezing temps, while the sky is letting some snow fall to the ground. With the transition from Fall like weather to the now winter weather, many anglers on the MO are transitioning from traditional.. read more →

Fall is definitely here and the fishing has been outstanding! With firearm hunting seasons going on, the river feels like a ghost river most days, while a majority of people focus on chasing deer and elk in the woods. There are still people wading and floating the river, but the number of people is relatively.. read more → 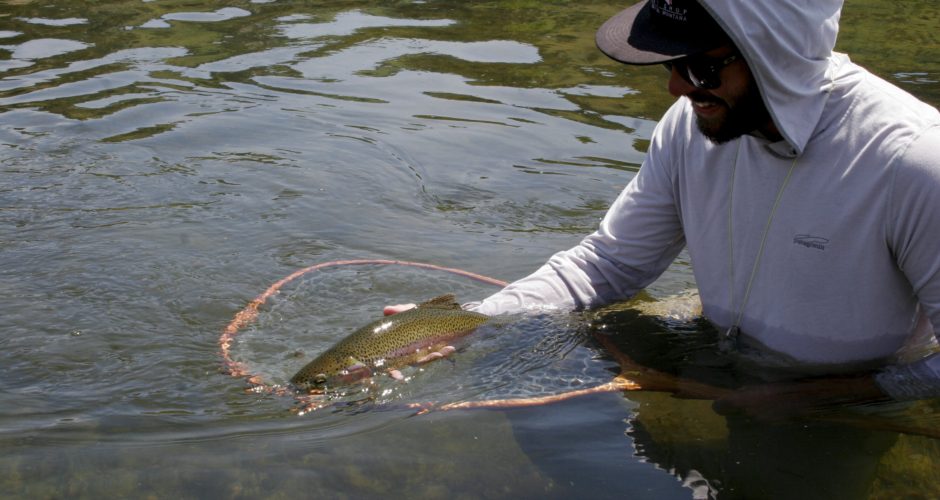