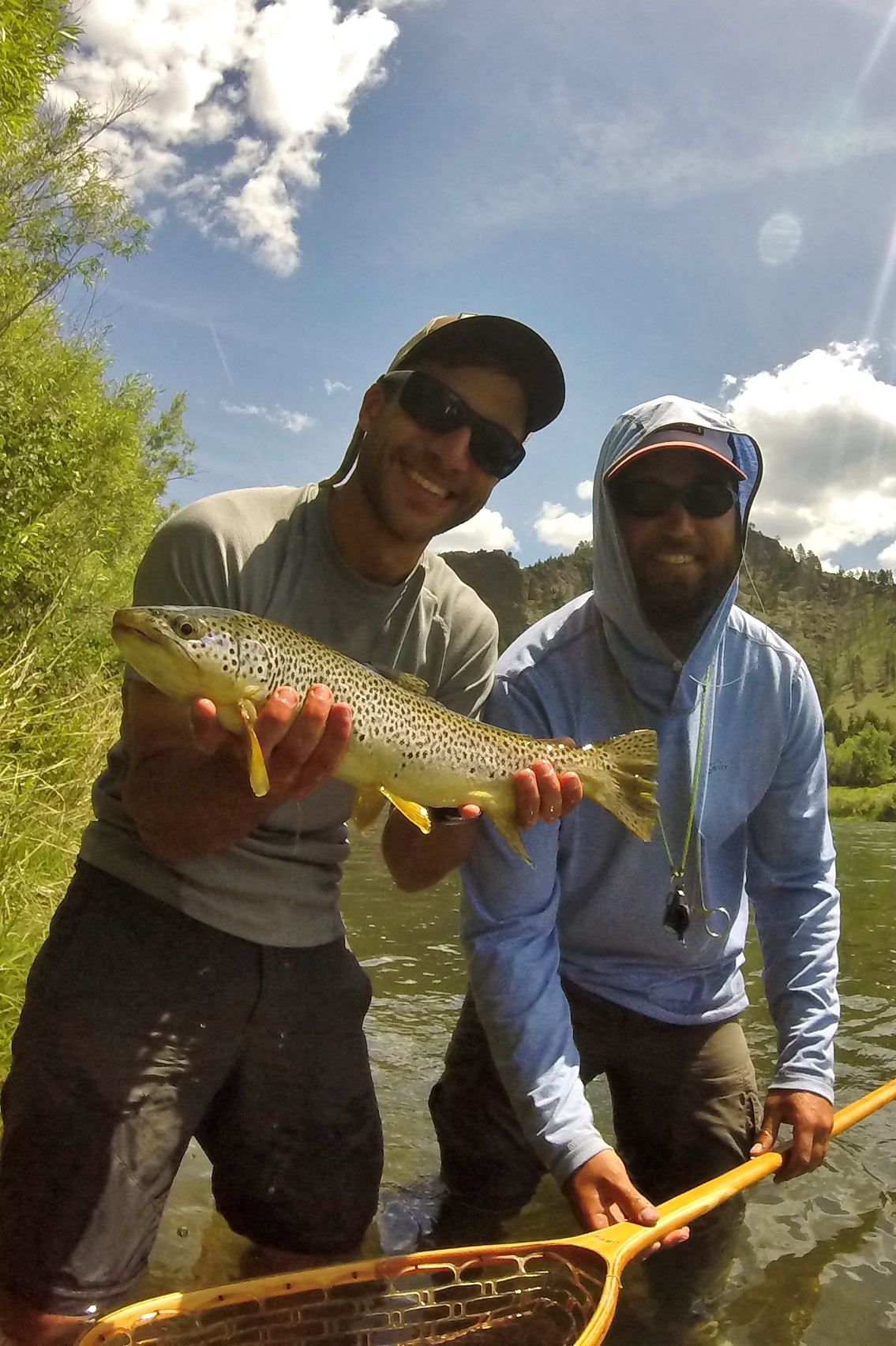 Well, the late May/early June lull is back.  Around this time every year the MO experiences a lack of surface action because the water temps put us “between hatches”.  There are still plenty of fish to be caught under the bobber, but the river isn’t quite ready for the excellent dry fly fishing it’s known for.

The Helena valley received a lot of rain over the past three weeks (thanks for the prayers).  This helped bring the flows up closer to where they should be at this time of year (keep praying). It also put a lot more biomass into the upper river.  Nymphing has been excellent with scud, sow bug, worm, and midge imitations.  Mayfly nymphs have also produced, even though we haven’t yet seen pods of fish feeding on the surface as they did a month or two ago.  Streamers will also pick up a few fish if the sun ever decides to stop shining.

If it’s surface action you’re looking for, you’ll have to fish the lower river in search of caddis.  We’ve seen solid hatches and a few rising fish below the canyon.  Soon enough, those bugs will make their way upstream right around the same time the PMDs start to pop off.  The Missouri River is about to head into some of the best fishing of the year.

Another option for this time of the year is to fish the smaller waters.  The major tributaries of the Missouri have been fishing great for the past two weeks.  Opening weekend was a wash due to the high and muddy flows.  But now, the streams are at the perfect levels for wade fishing and clarity improves every day.  Oh, and did I forget to mention? The fish are looking up

Caddis – Large and tan.  You’ll see the fish hitting them on the surface in a very aggressive fashion.  Look for them in streamside bushes and shrubs.

Pale Morning Duns – Not yet in numbers on the surface.  Slightly larger than the BWOs of early spring, look for them to hatch around mid morning.  Fish will “sip” these bugs much more delicately than the caddis.

Scuds & Sowbugs – Lots of them!  Fish seem to be keying on the smaller imitations.  Colors vary from tan to gray to pink.  Combo them with a midge near the dam or a mayfly lower downstream.