Bring on the Rain! 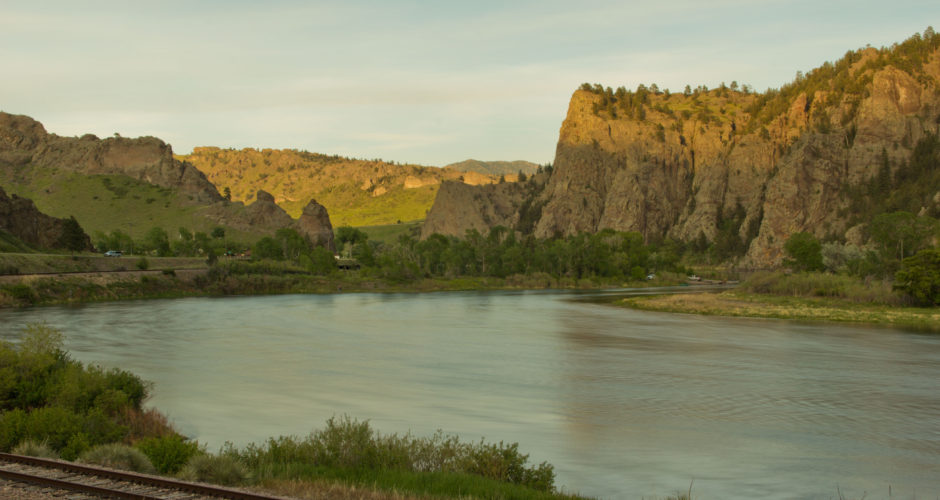 Welcome to your Missouri River Fishing Report from Craig, Montana Flows below Holter Dam: 6810 CFS (median 6450) // Water Temp: about 51F The rains are back in #CraigAmerica! True to form, this spring has been totally crazy weather-wise here in Montana. Last week we had amazing 75 degree temps with blue bird sunny skies and now we’re back down to 60 degrees with.. read more →

Missouri River Fishing Report for 05.22.16 Flows below Holter Dam: 5680 CFS (“normally” 5700).  Water temp about 51F Fishing continues to be solid this second half of May!  The nymphing can be good to downright silly at times. There are enough noses up now to keep the attention of the DFO guys but as, usual, some.. read more →

Spring Fishing is Good -but don’t Tread on Redds

Spring may have sprung on the calendar but you could fool me by the temperature and frozen precip falling from the sky!  It was warmer in January for crying out loud!  Nevertheless, it is Spring and the Rainbows are doing their thing they do at this time of year.  That means some ornery Rainbows and.. read more →

It’s that time of year again! The Smith River floating season will be here sooner than you know it . The deadline for 2016 applications is Thursday, February 18th with permit drawing results being announced online at MyFWP Thursday, March 3rd. Which means you only have 4 weeks to get your act together, pay the man and play the game. Remember,.. read more →

administrator A "Day in the Life", Reel News 0 Comment

Fly Fishing’s Funniest Film Sequel Coming to Helena! HELENA, MT. January 7, 2016 —Hank Patterson, the hilarious, self-proclaimed “world’s greatest fly fishing guide” will be in attendance to host the Helena premiere of his new feature film Hank Patterson And The Mystery Of The CuttyRainBrown! on January 15, 2016 at the Myrna Loy Center. The.. read more →

It’s that time of year again; hunters have taken to the hills, the ambitiously lethargic have returned to their recliners for the remainder of the year and the Salmo trutta are getting feisty. Arguably one of the more voracious fresh water salmonids the fall Brown Trout feeding frenzy is kicking off. The frenzy comes from the.. read more →

Finally getting back into the swing of things here in Craig MT; personally and fishing wise. With all the college kiddos’ back on campus the Craig shop called in the Calvary, so for the last few weeks yours truly has been kickin’ it in the town of two bars and too many trout. The primary.. read more →

Cool mornings, mild days and very little crowds so far this weekend here in Craig, my question to all you folks kicking back at home is pretty simple; what in the hell are you thinking? Yea fishing can be challenging this time of year but things are starting to turn around as we hit the.. read more →

Updates from the F.W.P Offices concerning several rivers in Central and Western Montana. Some rivers dropping off the list, several being added. Here’s the most up to date list of rivers under hoot owl from Fish Wildlife & Parks. Rivers listed in BOLD have just been added and the restrictions are in effect starting TODAY,.. read more →