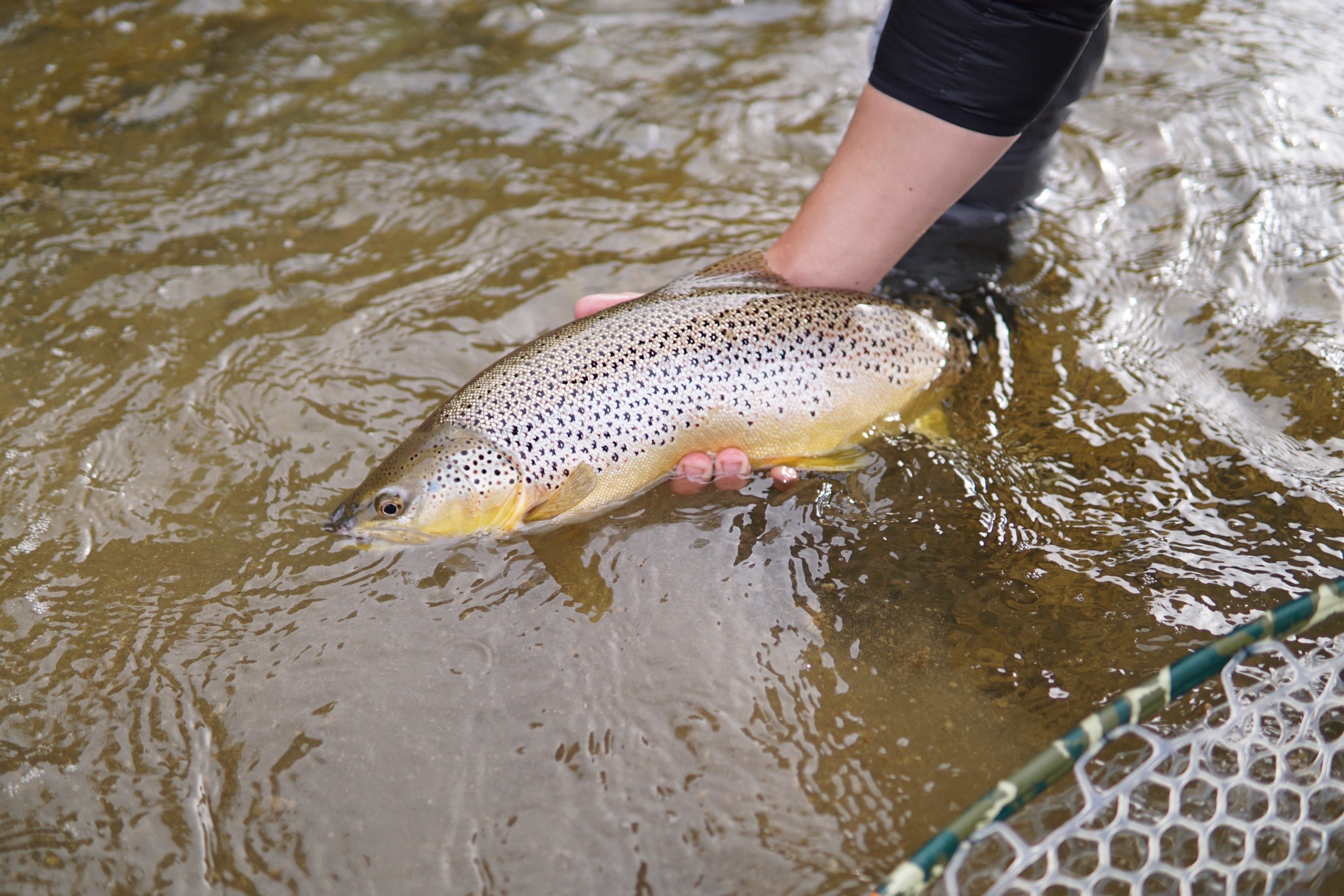 It’s clichéd to acknowledge it at this point, but the last ten days have truly been a case study in Montana weather extremes. After a steep spike in trib flows and LOTS of welcome precip, most folks around here (fish included) are still getting their wits about them. Throw a major holiday weekend and a sunny forecast in the mix, and you’ve got a recipe for our first true glimpse at Summer 2021—with all the blessings and challenges that entails. We’re here for it, though. Keep reading for some insight on what to expect for the next week on the Mo’.

Nymphing: Speaking generally, runoff and warmer temps have dispersed fish from their more predictable winter locales. This doesn’t mean consistent nymphing can’t still be had, it just makes the hunt a bit more interesting. The troughs of inside bends remain a standard, but don’t overlook the shallower, faster-moving heads and tails of deep runs, as well as those expansive mid-river riffles that might not look incredibly fishy but may surprise you during an afternoon lull in the action. A productive recipe for a prospecting rig on any given day this June might involve the following: a #16 Split Case PMD or any flashy pheasant tail-type bug trailing behind a FB Cotton Candy or Rainbow Czech, dropped a few feet under a less intrusive indicator (like a yarndicator or a couple Palsas). There’s also the option, of course, to sling a worm or crayfish pattern in the mud while it’s still around. In that case, target pocket water on riprap banks and seams of turbid water meeting cleaner flows. Most of all, remember: like nearly all things worth pursuing, good nymphing formulas are a moving target. It’s not a static act. What works this morning probably won’t work tomorrow morning. Be flexible and curious on the water. Enjoy the puzzle. Experiment until it works, then keep experimenting. That enough maxims for ya? Clear eyes, full hearts, can’t lose…

Dry flies: Thanks to our rebounding temps, the caddis are returning incrimentaly, along with the daily occurrence of splashy, sporadic rises. Rising pods are few and far between, but the Little Prickly Pear is getting clearer by the hour, and that should make way for the early summer dry fly action we all know and love. Until then—if you really want to scratch the itch—try rolling a Corn Fed or a Micro Chubby blind in the flats and riffles for that rare but sizable caddis eater.

Streamers: Forthcoming high-sun days ain’t promising for those looking to throw the junk, but that doesn’t mean the most persistent anglers can’t turn a head or two. Plus, a day hauling the big stuff is cheaper than a gym membership (and a hell of a lot more scenic). Sinking leaders and smaller, darker patterns remain a standby, but if you’re gonna go for it, you might as well have fun mixing things up. Feel free to color outside the lines and play around with different colors/profiles.

Other bulletins: The heavy traffic we’ve anticipated for this year is officially here. As always, be safe and courteous. Give people space, spend minimal time on the ramp, and communicate with the boats around you. The shop here is rolling from 7:30-6 PM and 24 hours on the World Wide Web. We’ll see you out here with the usual mix of fly shop talk, black coffee, and top notch customer service.