Missouri River Fishing Report:  It’s Spring on a high snow pack year so the MO is flowing heavy -more than twice the normal CFS.  It’s at 12,400 cfs today when “normally” (whatever that means these days) it’s at 5,500. They (the Dam people) are calling for 12,900 by this weekend.  The water out of the.. read more →

Flows below Holter Dam: 3750 CFS (normally 4850).  Water temp about 42F First off, both shops are off and running for the 2016 season!  Our Craig store opened officially for the season last week.  Please stop by for shuttles, flies, gear or to gab over a cup of free coffee.  Ben is our main man in.. read more →

Smith River Permit: How Lucky Were You?

Permit results are out. How lucky were you? You can check your results at MyFWP. Remember, if you didn’t get drawn you still have a chance! For $5 per “Chance” through a separate lottery, FWP will issue one Super Permit allowing the winner of that permit to pick a launch date of their choice. Don’t wait.. read more → 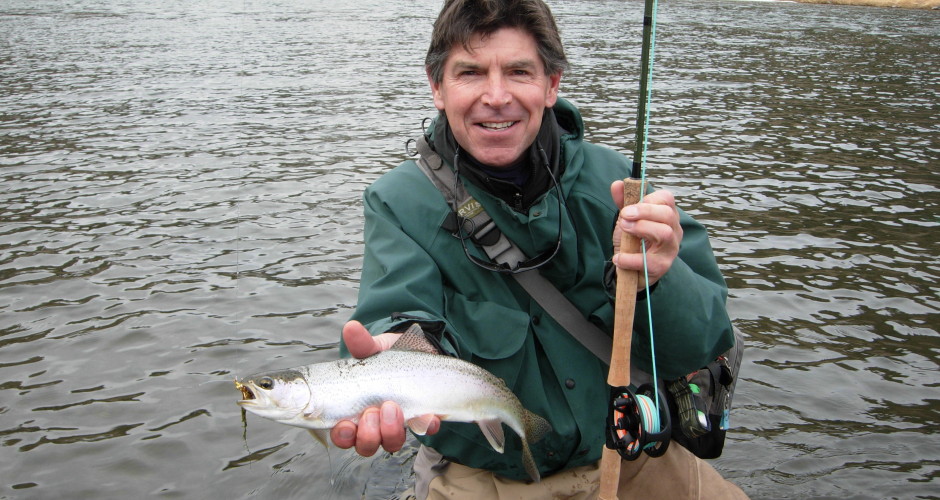 For the holiday gift giving season we will be featuring one of our specials counting down the 12 days to Christmas!  We’re calling it the 12 Days of FISHmas!  We have LOTS of great deals throughout our shop all month long but these are some of our fun deals you don’t want to miss! (You can still take advantage.. read more →

Late Autumn is here with an exclamation point!  The mornings are at or below freezing, it “warms” up to the 40’s and 50’s in the afternoon and the wind blows steady.  Sounds like steelhead weather to me!  (More on that in a future post!)  Why would you fish to the MO in mid-November?  It’s not.. read more →