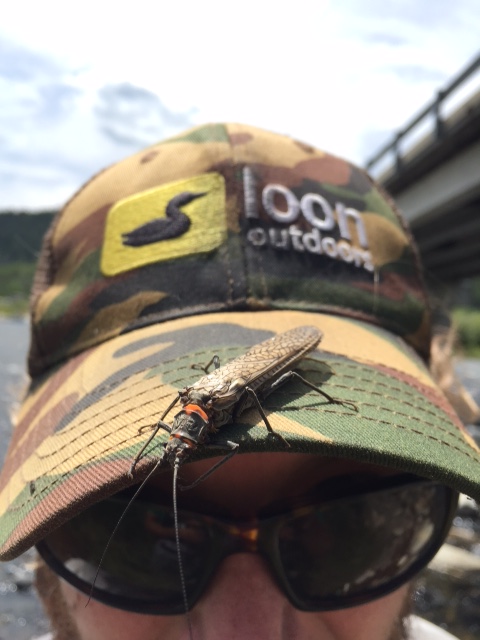 If you’ve been swinging by the shop or spending your afternoons around the Blackfoot Brewery over the last two months you’ve probably heard me whining about my lack of motorized transportation. The good news is the Subaru is back on the road and I’m mobile again! After eight arduous weeks of fly fishing booty calls, trading flies for rides and generally whoring myself out for a lift to the river I called in sick yesterday; suffering from a bad case of Pteronarcys californica fever loaded up some big bugs, filled some growlers, and put some miles on the Suby’s fresh valves. Rumor of big bugs popping on the Madison, south I go.

I didn’t plan on chasing big bugs this year, it just sort of happened. Without a car I was left to the mercy of my friends to choose fishing spots on my few excursions over the past weeks. Luckily my fishing buddies have great taste and intuition regarding different rivers and hatches all over the state. My first expedition in search of these titanic insects was back in March looking for Skwalla on Rock Creek during the unseasonably warm late winter, after a day of biblical fishing from the boat I needed more. The next two trips brought me to the Big Hole twice over three weeks looking for the Skwalla’s beefier big brother the Salmonfly. According to a few sources the Big Hole was experiencing the “greatest Salmonfly hatch in 10 years!” We floated high, then low, not a big bug as far as 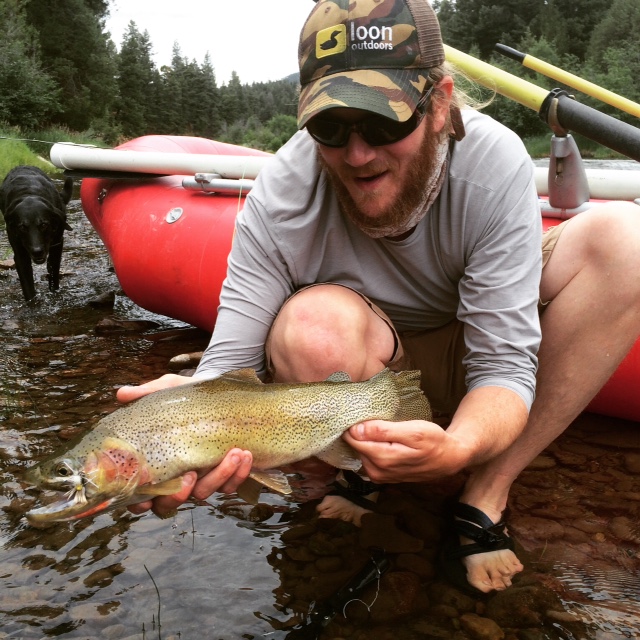 the eye could see. Fish were still eating bigger bugs on the surface but it seemed we had missed our opportunity to see them in the air. After two trips and not one large bug to be seen we tried out luck on the Blackfoot. Floating the Box Canyon on a Father’s Day weekend wasn’t the brightest of ideas, but well worth the crowds, flotillas of screaming kids with squirt guns and the idiots that pull out a boat length in front of you (orange & red boats at River Junction, I’m talking to you!). After the rubber hatch moved downstream the canyon erupted for a few hours of Goldenstones and Salmonflies intermixed in the air. Fluttering like portly drunk fools above the water made for easy feeding on the surface. After landing my personal best Westslope Cutthroat I started understanding why so many folks chase around these big bugs from river to river. I swear you can feel the axis of the Earth shift when Montana gets heavier with these big bugs and the influx of people hunting down the next big hatch.

For my first solo trip all summer I set my sights on that next big hatch. Word at the shop was that big bugs were coming off near the town on Ennis on the 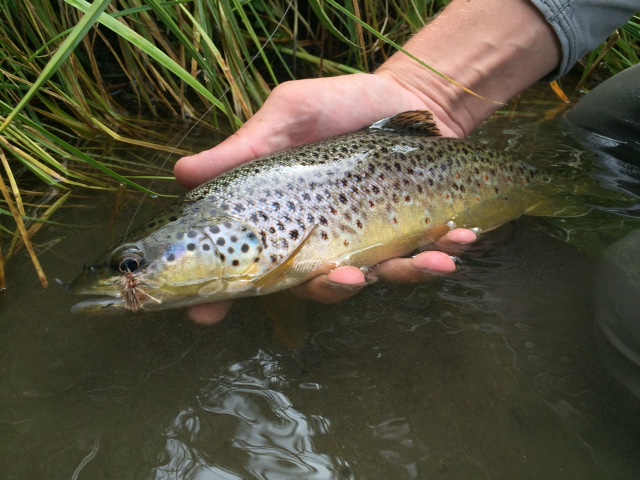 Madison River, an easy 110 mile drive south. Like any typical hatch, the bugs were moving upstream in this case towards the headwaters of the Madison in Yellowstone National Park; I planned on cutting them off somewhere in-between Ennis and the park. Lyons Bridge seemed like a good bet so after a night camped out under clear skies I hit the water. It took a few hours of sunlight before I saw the first of many 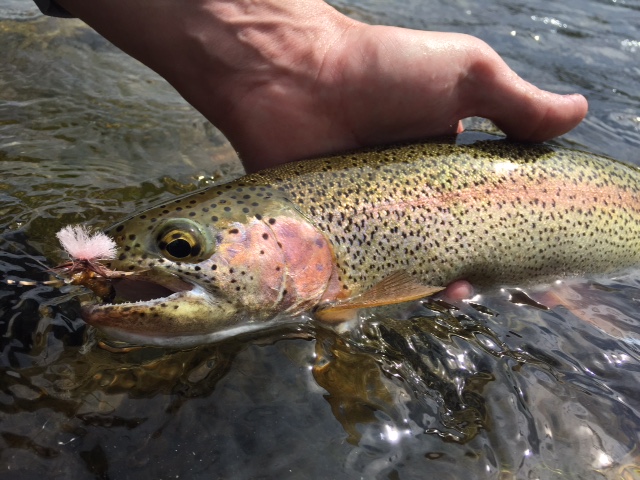 enormous orange and gold guys (& gals) taking to the sky. Figuring out where to fish was the next step. If you’ve never fished the Madison it’s essentially one giant riffle with little sub-surface structure to it, drastically opposed to the Missouri. Lots of fish coming from pocket water behind boulders, soft seams and straight from the riffles themselves. I had an amazing day
with plenty of gorgeous fish and one hell of a cocktail at Willie’s Distillery to cap it all off. Looking back on my life I would have never guessed that someday I’d be chasing pre-historic bugs all over Montana , what can I say I didn’t choose the bug life, the bug life chose me. Humble fly suggestions for all you big bug hunters out there…