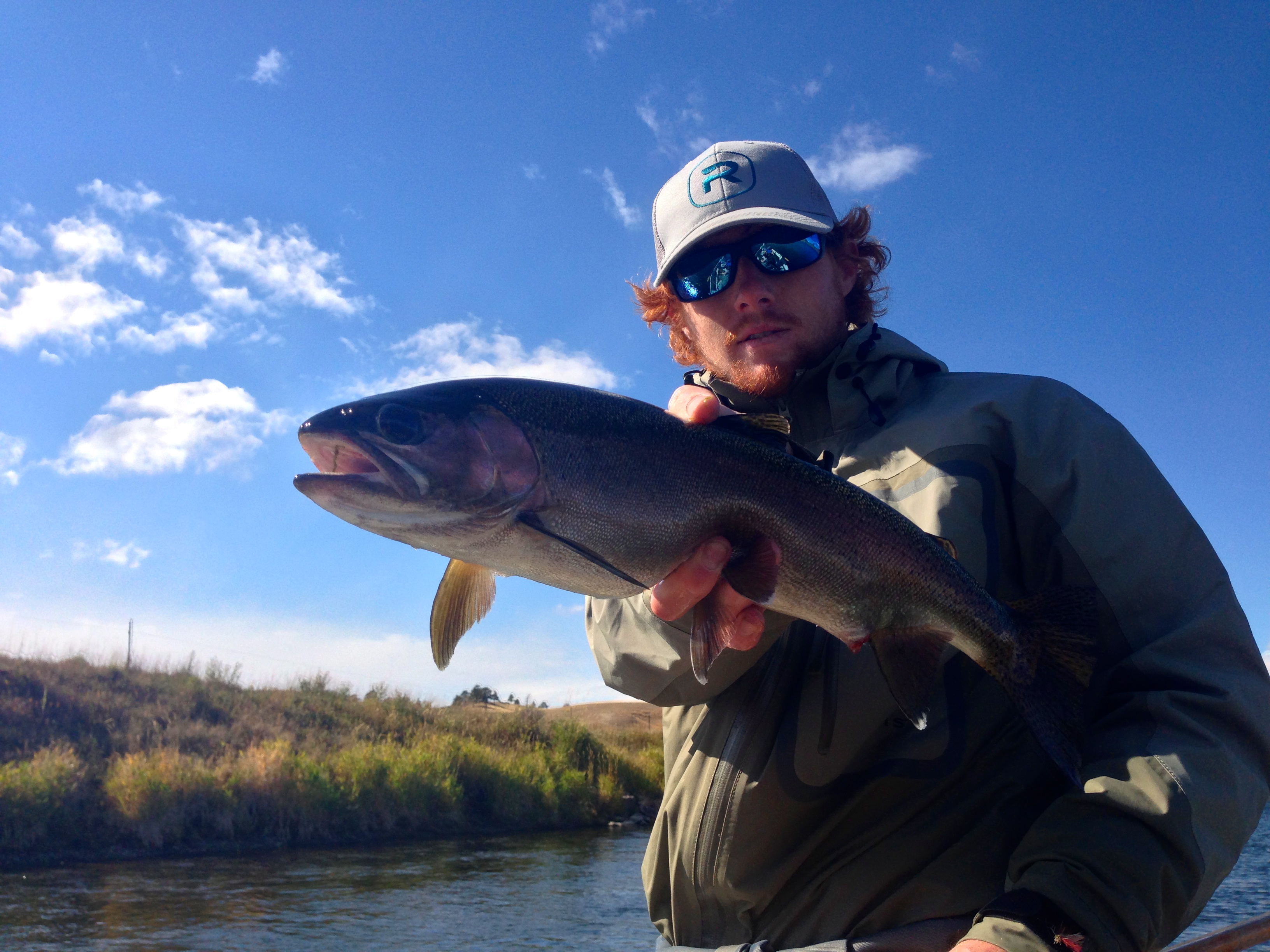 Flows this morning at Holter Dam were at 2,920 cfs with water temps at 57F. Traffic on the river is slowing down as the days get colder, most boats aren’t hitting the water until 9 in the morning.  Today will be a nice sunny day out there, but look for some possible rain and snow coming in as early as tomorrow. There are some rumors going around that the boat launch up at the dam is closed due to the federal government shutting down. Some people are still launching up there, take the rumor for what its worth. Overall fishing has remained on the good side with the lower water temps.

Dry fly fishing is pretty good in the afternoon. Smaller Adams or other parachute patterns are working. There are a few fish looking up and eating right off the surface. The biggest issue with fishing dry is the wind. Most of the bugs are getting blown off the water which is keeping the majority of fish from focusing on top. Still some talk about hoppers out there, but it’s time to start thinking 15ft 5x leaders and #20 dry flies.

Nymphing is doing real well throughout the entire river. Smaller flies are getting the most fish. We like Lightning Bugs, Love Bugs, PT’s, Zebra Midges, and Bruised Baetis. If you want to rack up some numbers, its becoming that time of year again when The MO is showing some love to the nymphers.

Streamer fishing has been fairly steady over the past few days. Its not a big numbers game, but there are some quality fish being taken. Ed caught the one in the photo above on a streamer. Smaller darker streamers are the winning fly. Black Buggers seem to work the best. A nice slow and long strip is doing the trick. If that style of retrieve is not making it happen, switch up the fly or the strip.

Stay warm out there!