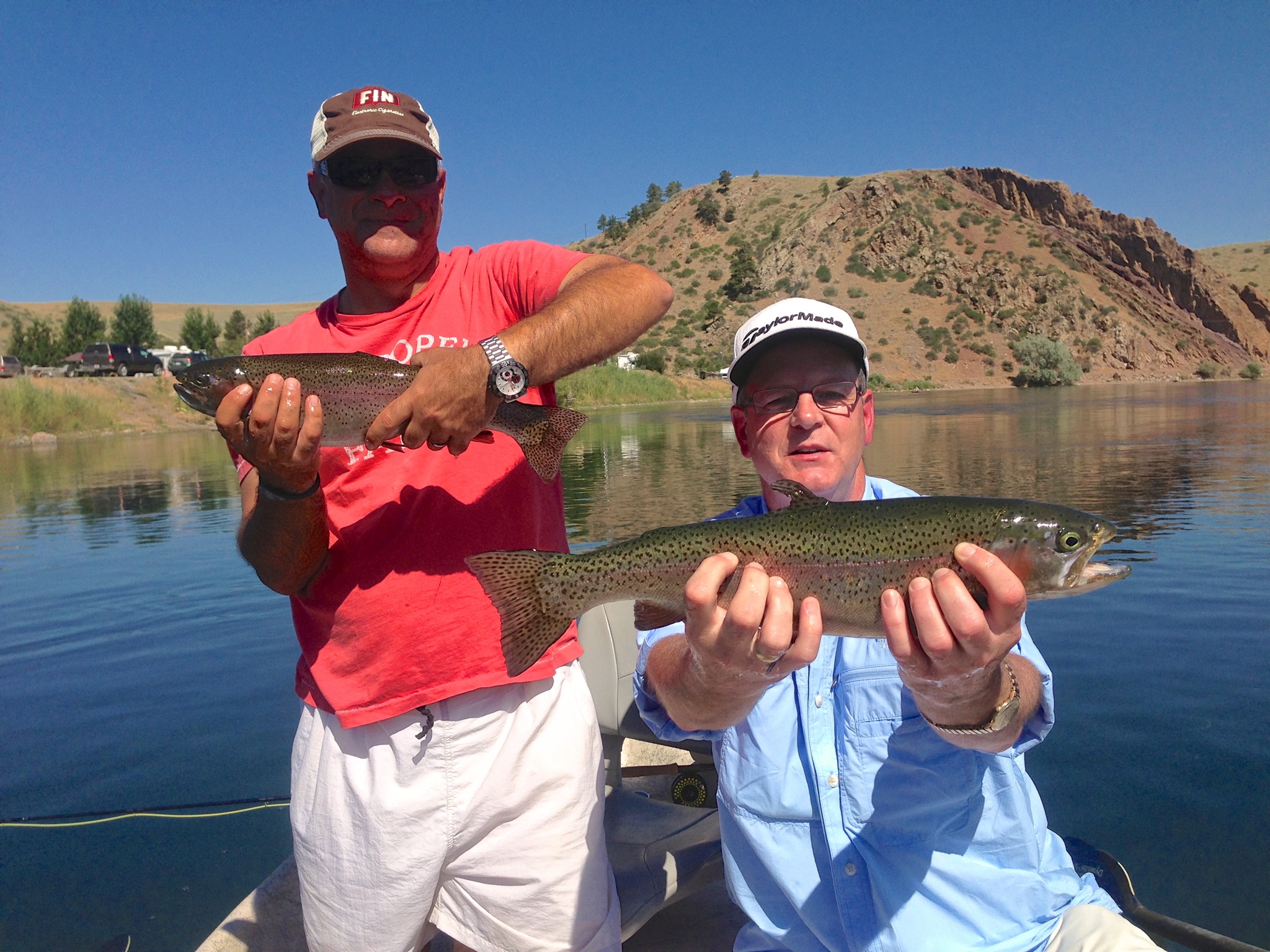 Flows this morning are at 3,350 cfs. Temp 62. Weather is going to be hot and sunny for the next few says. We are looking at highs in the mid 90’s and lows in the 50’s. Fishing has remained slow down in the lower river(Mtn. Palace to Cascade). Most of the action is up at the Dam. There are a good amount of people fishing up there every day and getting into some fish. Yesterday and the day before we had about 40 boats launching at the Dam in the morning.

Even with the slower fishing it is still possible to get into some good fish. Those who know the river and how to find them are able to catch a few. For the most part it can get pretty tough out there. It really slows down in the late morning into the afternoon. Fish the Trico’s in the morning, Caddis into the evening, and terrestrials in between. There has been some good Caddis in the morning as well.

Trying to avoid all the traffic on the river? There are a few solutions that will keep you in good water with less people. Here are a few ideas we have come up with to help you avoid the crowds.

Idea #1- Go to the dam in the evening. On some days there is nobody up there and the nymph fishing is great. There is some good Caddis action on top as well.

Idea #2- Fish from Craig down to Spite Hill. There is good fishing to be had in this section and with all the attention focused up at the dam most people are overlooking this water.

Idea #3- Fish the lower river. Ya, it’s pretty slow down there and you probably won’t put up any big numbers. However, if your cup of tea is a few big browns on hoppers this is the place for you.

Idea #4- Get out there early. The majority of boats aren’t hitting the water until about 8 or so. It’s light enough to fish here before 6. Why not wake up early and beat the rush? The early bird gets the worm.