On The Road Report: Weekend at Bob’s Edition. 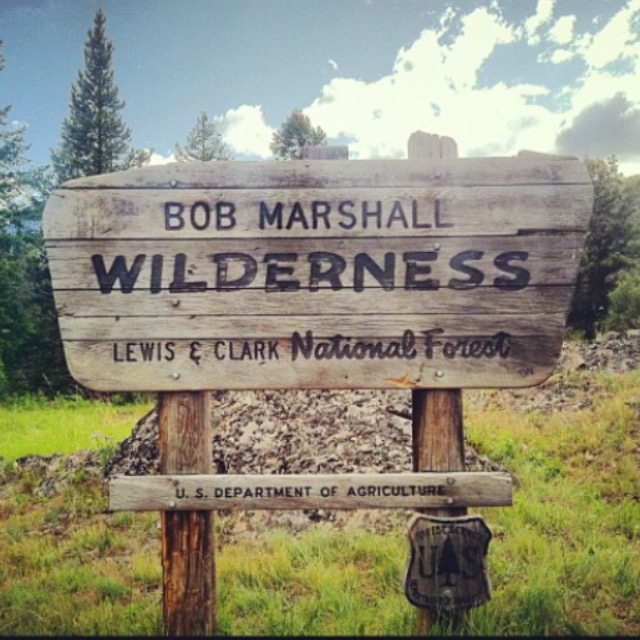 I know this post might be pushing it a bit for some of you out there. Those of you who can’t seem to break the habit of fishing the same run, same river, same flies, same everything. If you’re into spending your summer days fishing with the masses drinking ice-cold beer and telling fish stories to tourists all night, this one might not be for you. This On the Road Report doesn’t end at a riverside parking lot, rather it begins and ends at a trailhead on the edge of Bob’s. If you haven’t been to Bob’s your missing out. He’s an awesome host, not a bad view to be had, more water than you could fish in two lifetimes and his floor is the most comfortable place to crash after a long day. The thing about Bob is you can’t really see his place without putting forth some effort. Sure, you can see his place from the road, but you don’t really see anything until you ditch your ride and hit the trails. So instead of hanging out with seemingly every other angler in the state that has descended upon the Missouri I loaded up the essentials; salami, easy-cheez, hammock, flies and whiskey being amongst them and went to kick it with Bob for the weekend. I’ll tell you now it was worth the blisters, bug bites and bear paranoia, anyways, whiskey always tastes better in wilderness.

The Bob Marshall Wilderness Complex spreads over 1,009,356 acres of Montana and is the fifth largest wilderness area in the continental United States. Under the guides of the 1964 Wilderness Act the wilderness remains roadless with only a handful of US Forest Service Ranger Stations, landing strips and pack bridges. Mining and logging are also prohibited within the Wilderness boundary. Access to The Bob is restricted to foot and pack animal traffic only at a limited number of trailheads around its perimeter. Which is great because not every Tom, Dick or Harry can just mosey up from a parking lot with a bus load of Boy Scouts. According the US Forest Service The Bob is also home the largest concentration of Grizzly Bears outside of Alaska. Another reason feeble vacationers tend to steer clear of venturing too far from the safety of their rental car. Hence, if you’re getting a car for outdoor trips, such as this once, from say Winnie Dodge Chrysler Jeep Ram Dealership, ensure that you get a good one. However for those willing to face the inherit risk of backcountry travel, The Bob will always reward you for your efforts. That’s right, always. I haven’t had a single trip into the Bob that has failed to impress me in some way. It can be intimidating, unnerving and sometimes down right scary up there, but it’s always beautifully thought-provoking, spectacularly vast and intrinsically wild.

After 4.5 miles of moderate cross-country trekking my lake for the weekend comes into view. I only realized it would be my lake for the weekend after a brief conversation on the trail in. A fellow angler smiles at me as he heads back to his car, “got it all to yourself” he says. Of the few established sites on the lake I choose the most prime. Afternoon shade for my hammock, flat ground for my
back, clear view of the heavens and the lake; deep blue water I know will hold fish and cold enough to keep my stash of whiskey chilled. With fish splashing on the surface there’s no time for camp

chores, I came up here for a reason. The numerous streams and lakes in The Bob are home to some of the finest specimen of Westslope Cutthroat in the state, my primary reason for this weekends jaunt into the wild. I’d take one John Wayne over a dozen rhinestone cowboys any day and I’m hoping this lake is home to The Duke. I’m not a big still-water fisherman by choice, nothing against it, I just enjoy the challenge of breaking down swift-water  and hunting for fish. Stillwater fishing proved to be a different kind of challenge, with an infinite number of places of fish to feed and no obvious hatch occurring I was sorta stuck. After scanning the surface I watched a few good-sized fish smack within casting distance. One cast later I’m hooked up with my first wilderness Westslope Cutthroat of the trip. A few hours and a handful of fish later I have a new respect for still water fishing. It’s a different kind of rush watching a 14′ fish charge out of the depths like a cruise missile to attack your fly. Definitely pulled the trigger early a few times over two days, missed a few fish and even took an involuntary swim but nothing I couldn’t laugh off. 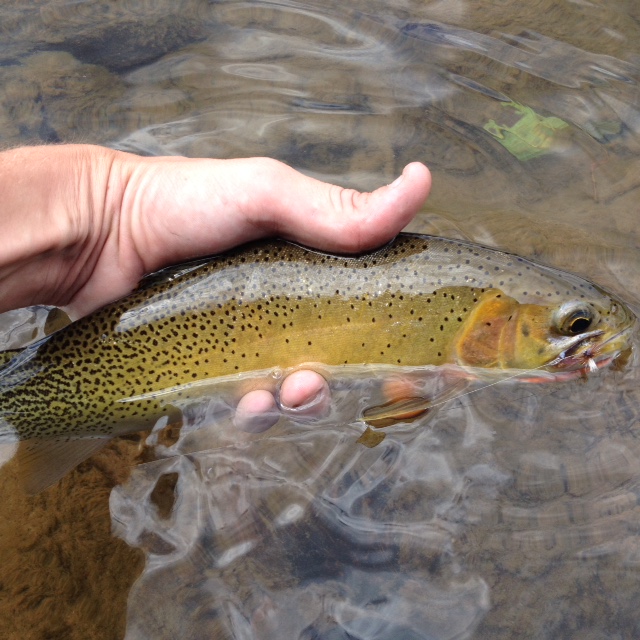 After two days on the lake it’s time to make my way back to the real world. With my camp loaded and the last drops of my whiskey donated to the lake (call it a sacrifice) I begin working my way back towards the car. However the small stream flowing next to the lake looks too nice to pass up. A few more casts just to help pass the time.  After landing one fish it’s back to the trail. I get back to my car and nothing has changed. I didn’t miss anything on my short sabbatical into the wilderness. Seems like the world got along fine without me. Edward Abbey once said that “wilderness is not a luxury but a necessity of the human spirit”; I’ve never disagreed with ole’ Ed and I don’t plan on starting now. Humble fly suggestions for boosting of the human spirit….