A Death in Eden by Keith McCafferty 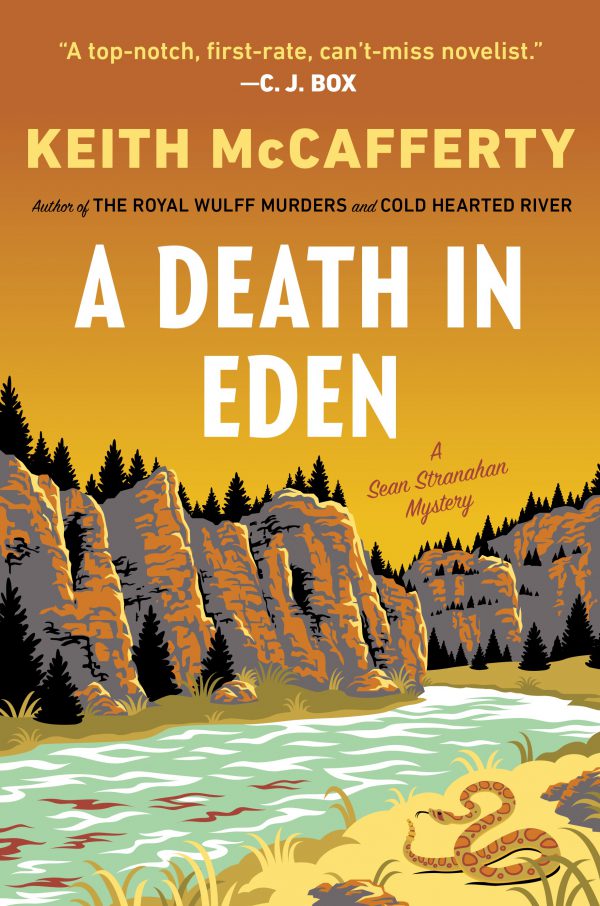 About the Book:  In the 7th novel in the acclaimed Sean Stranahan mystery series, When scarecrows appear in the cliffs above Montana’s famous Smith River and a little girl reports being chased by one in the night, state investigator Harold Little Feather is brought in to find the culprit. Are the menacing effigies related to a copper-mining project that threatens the purity of the Smith? That’s Harold’s initial suspicion, but his investigation takes an ominous turn when a decapitated body is found in the river.

As Harold’s search leads him back in time through the canyon’s history, Sean Stranahan launches his raft upriver. He has been hired to guide a floating party that includes Clint McCaine, the manager of the mine project; Bart Trueblood, the president of “Save The Smith,” a grassroots organization devoted to stopping the project; and the documentarian filming their arguments. McCaine and Trueblood grew up on the Smith on neighboring ranches, and as they travel downstream, it’s revealed that the two share a past that runs much deeper and darker than their opposing viewpoints.
The currents of the seemingly unrelated trips will soon flow together, and Stranahan’s long-time love Sheriff Martha Ettinger will enter the fray as the boats hurtle toward a date with danger at a place called Table Rock. A Death in Eden is the seventh novel in the acclaimed Sean Stranahan mystery series

Praise for the book:   “If you’re not reading Keith McCafferty because you don’t fly fish or because you don’t like mysteries or westerns, you need to get started because he’s just flat-out terrific.” —Craig Johnson, New York Times bestselling author of the Walt Longmire novels, the basis for the Netflix drama Longmire