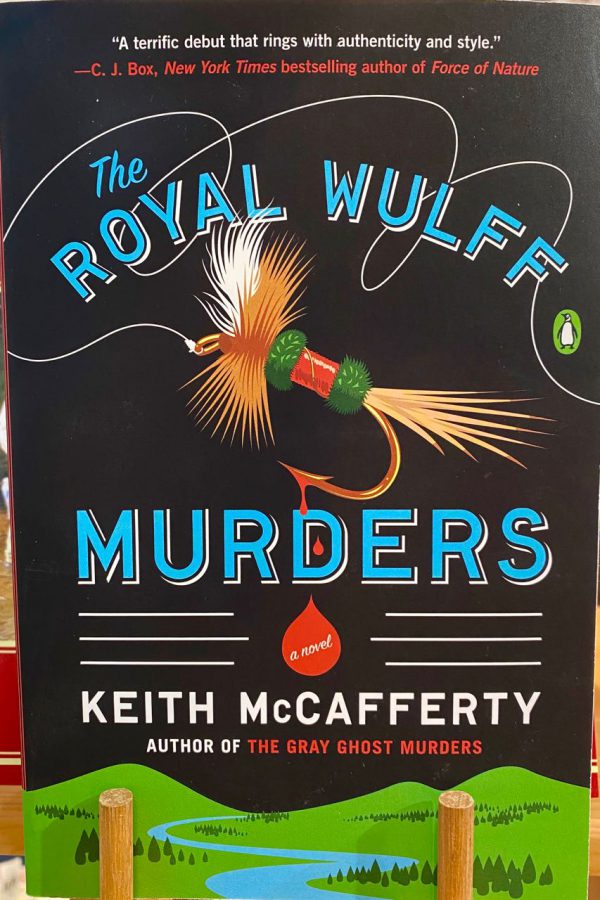 About the Book:  The first in the Sean Shanahan Mysteries is a clever and fast-paced murder mystery full of wit, suspense, and fly fishing.  When a fishing guide reels in the body of a young man on the Madison, the Holy Grail of Montana trout rivers, Sheriff Martha Ettinger suspects foul play. It’s not just the stick jammed into the man’s eye that draws her attention; it’s the Royal Wulff trout fly stuck in his bloated lower lip. Following her instincts, Ettinger soon finds herself crossing paths with Montana newcomer Sean Stranahan.

Fly fisher, painter, and has-been private detective, Stranahan left a failed marriage and lackluster career to drive to Montana, where he lives in an art studio decorated with fly-tying feathers and mouse droppings. With more luck catching fish than clients, Stranahan is completely captivated when Southern siren Velvet Lafayette walks into his life, intent on hiring his services to find her missing brother. The clues lead Stranahan and Ettinger back to Montana’s Big Business: fly fishing. Where there’s money, there’s bound to be crime.

REVIEW:
“Keith McCafferty has pulled off a small miracle with The Royal Wulff Murders—a compelling Montana-based novel that will please both mystery readers and discerning fly-fishers. A terrific debut that rings with authenticity and style.” —C. J. Box, New York Times bestselling author of Back of Beyond and Force of Nature

“An impressive debut . . . the people here are all solid creations, sometimes prickly but always engaging, characters readers will be more than happy to see again.” —The Houston Chronicle

“Keith McCafferty hits a bull’s eye with Sean’s story in his debut novel, The Royal Wulff Murders . . . like bacon and brownies—Stranahan’s odd mix of painter, P.I. and fly fisher works. . . . A good fit for enthusiasts of Nevada Barr who have read through all the Anna Pigeon novels. Packed with wilderness action and starring a band of stalwart individualists, The Royal Wulff Murders will have readers begging McCafferty for more.” —Tom Lavoie, Shelf Awareness

“[A] thoroughly entertaining debut . . . McCafferty blends plenty of fly-fishing lore with a host of intriguing characters . . . Only the sharp-eyed observation of the medical examiner suggests the body was a murder victim rather than an accidental drowning. The eventual identification of the victim helps link Stranahan’s task to that of the sheriff. The vivid Montana setting is a plus.” —Publishers Weekly (starred review)

“Blue Ribbon is what they call a trout stream of extremely high quality and that’s what I call Keith McCafferty’s The Royal Wulff Murders—the debut of a frighteningly knowledgeable and wonderfully entertaining series.” —Craig Johnson, New York Times bestselling author of The Cold Dish and Hell is Empty

“A fish story with a homicidal hook . . . An entertaining debut.” —Kirkus Reviews