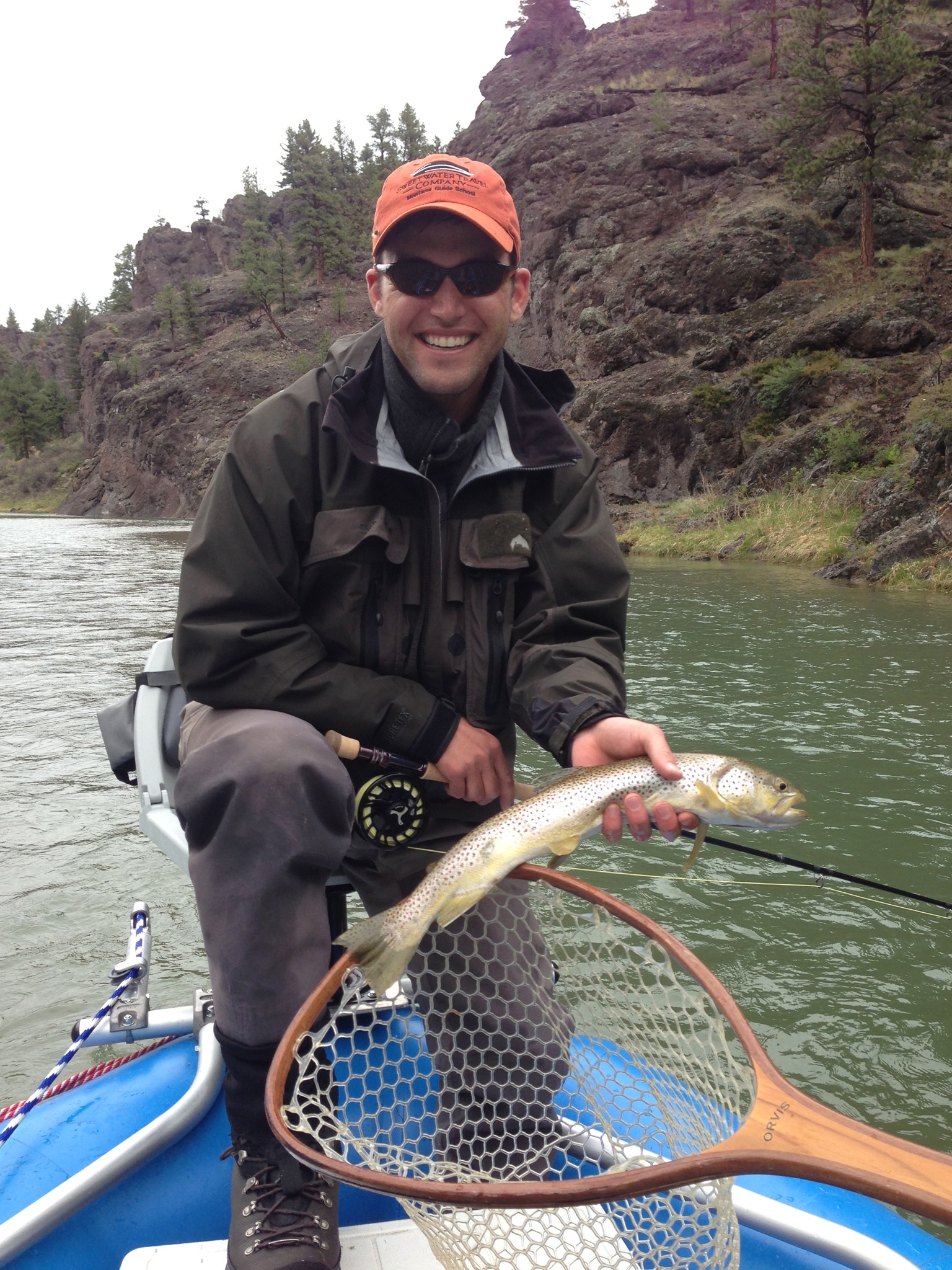 That’s right!  A long lost trout species found earlier this year.  Staff member and contributor to the CurrentSeam blog, Taylor Todd, caught this rare member of the Brown Trout family.  Mr. Todd was embarrassed to reveal the photo to the rest of the staff.   With a short walk to Joe’s Bar Taylor confessed to his fish sins.  After lots of laughs and a ton of research we informed him that it was a Snake Brown Trout, that somehow mysteriously made it into the Missouri River Basin via the Snake River in the Columbia River Basin.  Truthfully though what Mr. Todd caught was a grandfather of a Brown Trout, measuring in at roughly 21″ long and about 4″ in circumference.  Pretty strange looking fish non the less.

Do you have any strange fish pictures your keeping under lock and key? Something that truly is embarrasing?  Now is the time to confess!  Send your picture to [email protected] !  We will pick the best(or nastiest) picture to grace the blog and the winner will get a new Orvis H2 hat.  Deadline for pictures is August 22nd, winner will be announced August 23rd.